I have been a teacher for 28 years, a Headteacher for 13 years and, at the age of 52, this much I know about how doing nothing much with your loved ones is the best thing.
We have spent an Easter week in the Highlands’ village of Plockton, with our dear friends the Davies family, for a dozen years now. When we first arrived, on 31 March 2005, it was a warm, temperate day and the boys looked over the harbour wall with fascinated delight. They proceeded to spend three hours getting soaked as they explored the teeming rock pools. In the photograph which captured that moment, our two are in the middle:

When we reached Plockton at the beginning of this Easter holiday, Louise and I were left to unpack as the view from our new cottage lured the boys down to the water’s edge again: 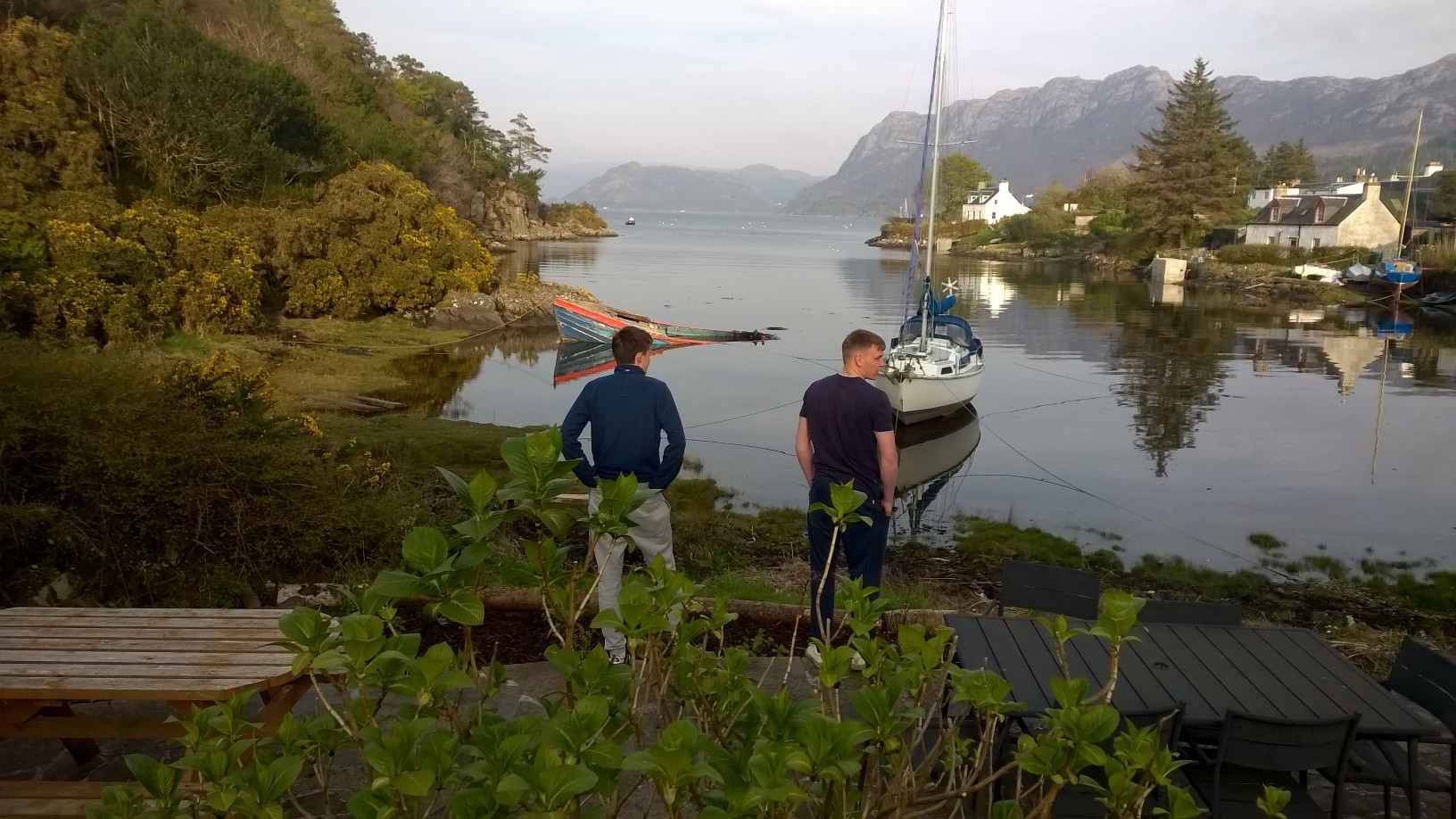 We adore our Plockton holiday. It is a chance to do nothing of any consequence. We can all just be. One morning Olly asked me to kick a football about in the modest primary school playground, which has a pair of small metal goalposts. For an hour we played crossbar challenge, from one end of the playground to the other, and chatted about nothing in particular. Thumping the ball made my dodgy knee ache. And it ruined my shoes. Yet for that hour, Happiness arrived, quite uninvited, and made the primary school playground its temporary residence.
Whilst the boys are growing inexorably into young adults, my brother and sister have been seeing to our mother’s affairs; they are selling her flat to help pay for her care home fees. A couple of weekends ago, whilst clearing out mother’s sideboard, my sister found this note I had written to mother, some thirty-three years ago, communicating, with some brevity, how dad and I had nipped off to play golf before it got dark: 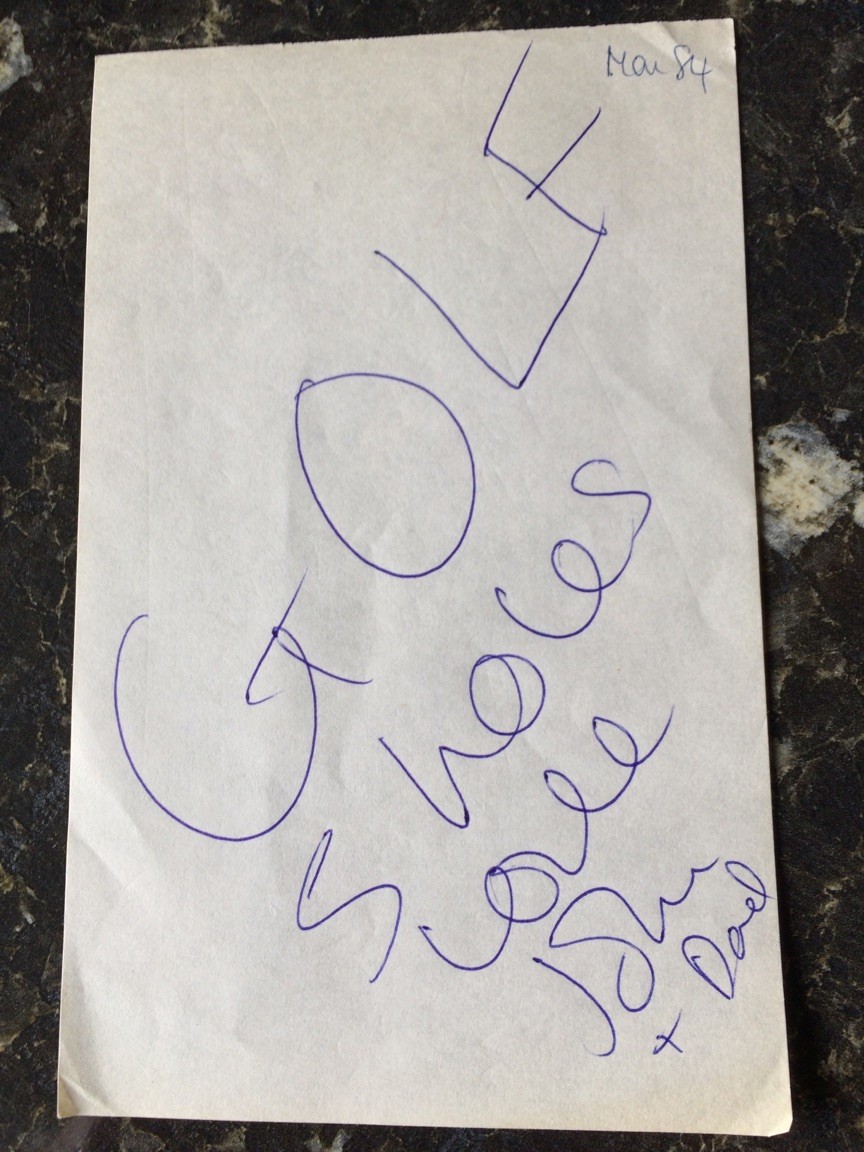 Dad would have been up at 4.15 am that day for the morning shift at the Post Office. His afternoon shift would have finished at 5.00 pm. After tea I would have badgered him to go golfing. As the early spring evenings were beginning to lengthen we would have dashed off to the golf club to play holes 1-3, 15 and 18, making the most of the day’s last light. Having already been up thirteen odd hours and done a day’s work, it was probably the last thing he wanted to do. And he was, by that stage, feeling wearied by his yet-to-be-diagnosed cancer which would, within a year, cause his death. But play five holes he did, because his son had asked him to.